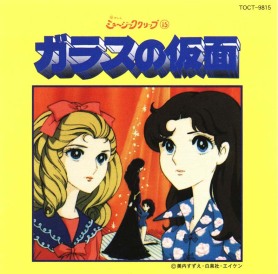 I already wrote about OVA of this series. It covered more or less till the theater group got into the nationals.  But this anime came out long before that and covers manga till Tsukikage actually chooses between Maya and Ayumi. 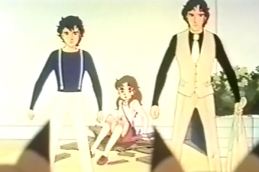 Why Hayami has dark hair? isn’t he suppose to be blond?

I already wrote a lot about the plot, when I wrote about OVA, so now I dont know how much should i repeat. Well story is still the same – its about young girl Maya and her passion for acting. Though this shows more how she grows up as an actress – when you have to understand that even if you have talent you have to work really hard to actually be a part of the play not one person play. She gets into one film, changes few theaters, gets to know a lot of people. But what actually is different from most of anime that I saw, is that ya she meets a lot of people, but rare of them actually become friends with her. I mean look at most of anime, if a main character meets some other people, they do some activity together, like fight for example, and later on they usually become good friends and even if they dont ever meet again its still like I dont know.. nice, and here its like she is thrown out from a lot of groups, because she is so strong and has “such a big talent” (now thats a plot hole – huge one.. they totally made her to be someone extraordinary – she attracts attention without any kind of effort. she just can be on a stage thats enough.. I dont know hows that even possible). but still its more realistic than you think. People are afraid of stronger than them and if she is some kind of “sparkling thing” she angers others. (but I read that even so there is a lot missed from manga and it doesn’t fulfill all its duties). 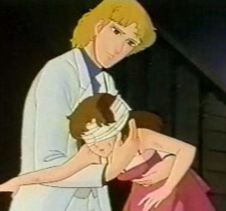 Now the love story and the Mr.Purple Rose. This story line is much stronger and has a lot more in it than it was during OVA. Even if Maya is so young (that is just wrong there.. 13? that’s wrong.. I pretend she’s 17 in my head), it somehow feels more or less right, because Masumi is not showing THAT kind of affection and tries to deny it (by calling her little girl, trying to keep Sakurokoji-kun till the end of the play, saying ironic and a bit insulting things sometimes, and trying to cover it up with a bunch of roses later), but still helps her and tries to keep her spirits high by supporting her all the way (in his own way). 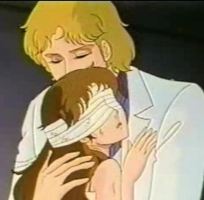 And she also shows only the appreciation of his efforts, without any kind of stupid romance (ok a 13 year girl who gets roses from someone she doesn’t know, I bet she would dream stupid things, so lets forgive her). So this story suppose to show how both of their feeling grows (because they feel warmth to each other, thinks of each other and that only grows to more beautiful emotions). They even actually meet (I mean in a way that Maya sees him as Mr. Purple Rose) when she tries to get a feeling of being Helen (from a real story about a girl who cant hear, see or talk and how she eventually understands her surroundings). 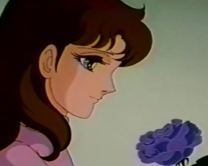 This romance is not made to be simple minded and straight, its complicated, has that high emotional level, where both characters evolve and their feeling grow into more powerful ones with time – well at least its suppose to be this way. Though this anime fails to cover all of that up. Most of the scenes (with some exceptions) has that old a bit too much of drama feeling where things are over-sized (as with Maya’s talent). But I believe that in manga this relationship is really thrilling and I heard that in a remade version its way better. 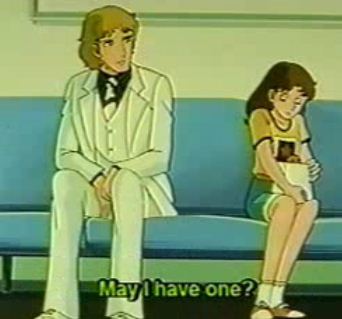 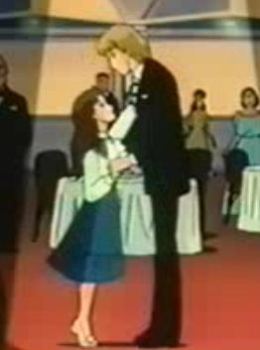 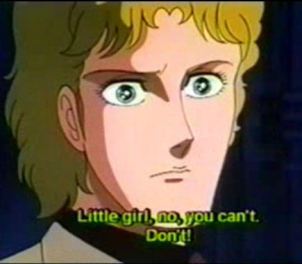 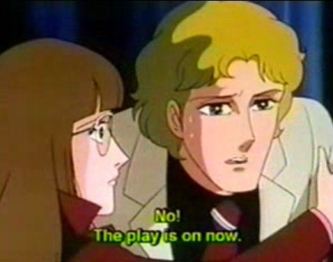 ^how he tries to save her from the trouble he partly put her into.. 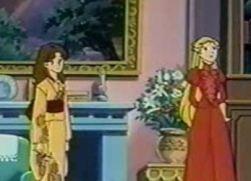 But anyway its enough about it. Other strong line in this anime is a competition between Maya and Ayumi. All the way through its shown how Maya grows as actress by playing a lot of different roles. And she acknowledges Ayumi as really strong and good actress (more like a role model to Maya). But Ayumi sees Maya as a rival, a really strong rival, who has a raw but powerful talent (super-duper-sparkling-Maya). And she tries (even without realizing it) catch up with Maya, though she has a lot more of experience.

Anime is old and that mostly feels on animation and drawing (also the quality of one that i watched was kinda low, so it didn’t help). 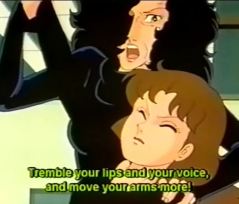 Some of action is  dragged, but I liked plays they showed, most of needed characters are developed enough. But I will never ever understand sensei.. it was a big mistake to keep letters from Maya’s mother in secret, I will never understand that. Also all that relationship with her and Maya.. Maya looks like a rowring beast that wants to protect her in all costs, when Tsukikage actually treats her as dirt at some points with all that I-want-to-make-her-better-actress shit (shouldnt that be a bit opposite).. ya going through hard stuff helps to become stronger, but I think Maya has that enough in her life as it is.. being pushed away because you are just naturally more talented is hard enough (yay for shining Maya – I just figured that sparkling is owned by Twilight.. sorry for authors’ rights’ violation..^.^ just lighting up the mood there. no bad thoughts intended.). And Maya.. want to protect a person who only treats you that way so badly.. in natural order its just a bit strange.. ahh well who am I to go against anything.. just a bit over-sized again.

And the cast from this series compared with the ones from ova:

Maya – similar, just got black hair in ova, Hayami – from blond to a black, kinda radical but still cute.. Ayumi – from a blond to brunet, but she is still beautiful, Sakurokoji – from a girly style to more boy – good for him. Sensei – still ruling and still the same.

Its just me or it was already only last year when I actually had a moment for nice things. I guess Masumi deserves this (he is blond but I forgive him ^.^ being cute and all): 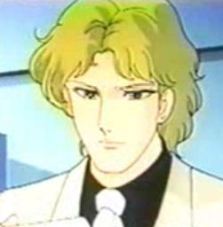 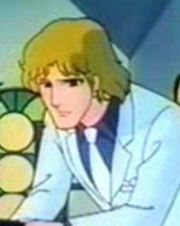 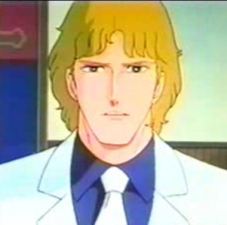 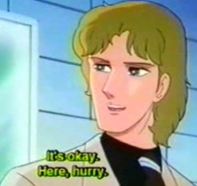 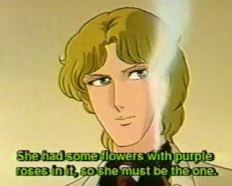 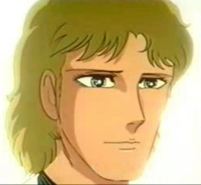 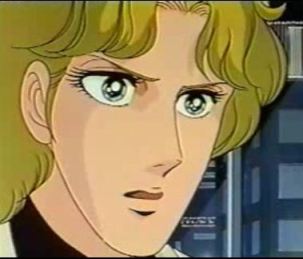 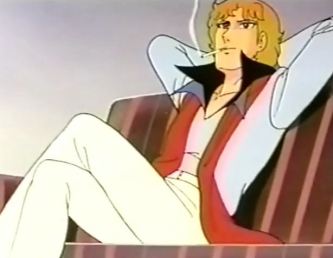 All in all this anime has holes and is over-sized in a lot of ways, when others are cut off, but I liked it, as its nostalgic, reminds me of my childhood, has a blond guy who gives roses and helps a girl in all the ways (now thats a man to die for.. and she acts all childish.. wait wait what? childish? she’s 13 for the crying out loud, she is a child, how else she suppose to act? ahh its all mixed up.. I want to give them a chance by saying – this is just now, and everything grows out of it later, as long as he doesn’t act off the line its fine). 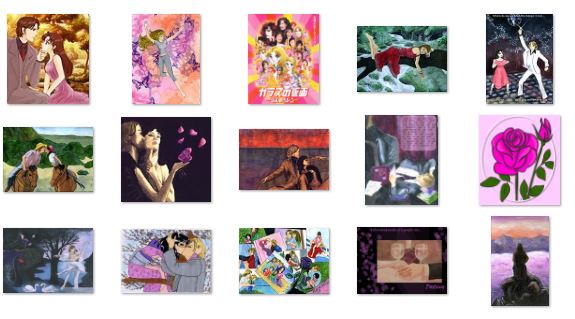