Well first of all let me tell you that this is a two eps OVA named Twilight Q, but as both eps are made by different directors, studios and tell a totally different story i decided to split it up to two posts. I read about this OVA that it supposed to be a collaborative project of some interesting directors, but only two eps where released.

So lets talk about the first ep – its a short story about a girl who finds a strange camera and begins to loop through time. Well despite how simply it sounds it’s not so, because the story is toled in a jumping line and its not as straight forward as you would expect. Taking into account that it only lasts 30 min it has a surprisingly big amount of events that actually connect. It doesn’t go into deep character analysis or anything like that and sometimes you can feel it’s a bit shallow or that it tries to cover a really big plot (like how we pollute the earth so it starts to produce red sea, then there is some history events, the time traveling and so on), so it’s hard to sum up what actually the main idea was. 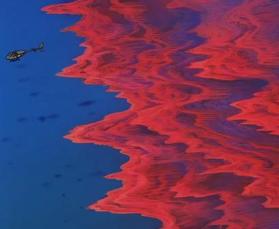 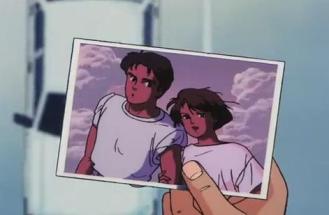 Drawing is an old one, but has some detail to it so its not that bad to watch.

Surprisingly as I didn’t write anything for a long time I feel a lack of words, though i thought i will be overflowing ^.^.. I guess this is just too short of an anime to have a lot of words about.

This entry was posted in OVA and tagged Ajia-do Animation Works, Before 1990, Tomomi Mochizuki, Twilight Q. Bookmark the permalink.