One of those anime when after first ep you think “wou what was that?” The guy named Rentaro tells the story about his life as detective and his strange cute twin assistants. All story line goes basically around different assignments also covering their relationship. Both girls have strong feelings towards him, but don’t compete – they want to be tree people, just enjoying life together and having fun. He is poor and doesn’t have what to offer to them, but eventually they are just happy with him. Girls on the other hand are mysterious – they leave for some days without saying anything, come back also like that. They were the ones who made him to take detective job after his father. And they are somehow important in military or secret organization making massive distraction weapons. They just showed up 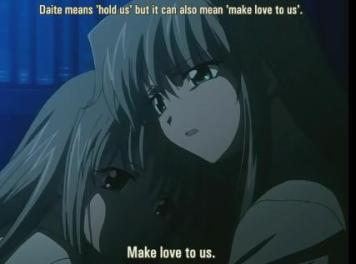 and eventually he started to work with them. On girls 16th birthday one of them has to become wife of other man for some reasons, so Sara-chan decides that she will be ok on her own and leaves Soju-chan in care of Rentaro. Though both of them (Soju and Rentaro) understand that it’s wrong this way and go save her…  before leaving there is strange scene where both of girls ask to…->
Then all that big squid thing happens.. For explanation about that you will have to see the anime ^.^

All anime is concerned about twins – not only our girls, but also about other. There are daughters of the big boss, teachers, girls from the pet shop and some other.. probably name futakoi shows that also..

lets get to some interesting stuff. One of them would be that massive destructive weapon I mentioned before. I will just give the picture of it and you can guess everything else.

Cool isn’t it ? ^.^ Rentaro’s father had to fight with him also at some time. And now Rentaro has to do that as well.

Other thing that I liked was the police. Specially one of them. He reminded me Gorillaz. and he was crazy, totally crazy.. one of those characters who do unbelievable things.. 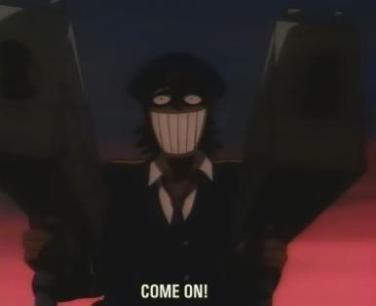 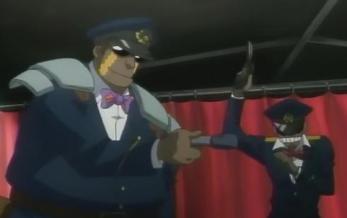 And the last thing that was really cool – animation. I really liked the drawing style because it was changing and depended on the mood or emotions, no unnecessary naked bodies or anything like that.  Though story had funny things, drawing really fitted there also and made it even better. So in the end I think this is good anime and really something to see doesn’t matter if you want something deep or random or just funny.. 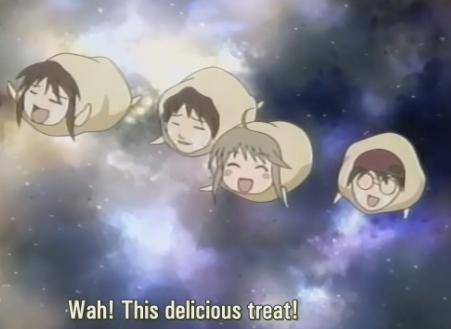