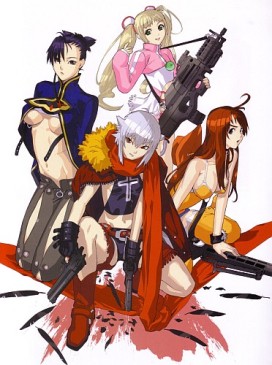 I would never have guessed that this was a work of Gonzo studio, except maybe only nicely done mecha robot in 3D, but everything else – no way. The story exists, but nothing more could be said about it. Characters dont develop, maybe except Jo. She is a killing machine that has a bit strange relationship with Meg, but taking into account her strong present as a man I think its normal.

wrong in so many levels

The beginning of anime was attractive – a lot of action, nice looking characters, strong Jo personality, strange story line that actually even connects different events.. but after 3 or 4 eps everything starts to get boring, and all the fights become similar. Characters development is slow and a bit boring – though the past of Meg was not that bad, but anyway they just become annoying. Past of Jo was a bit predictable and the end also.. It was one of those let’s-make-drama,-which-we-weren’t-able-to-create-in-all-anime,-in-the-last-ep 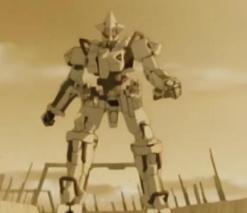 ends.. And even that didn’t succeed. So after all this I could just say this anime had a huge potential which wasn’t used.

Basically everything got around all these girls and how they have to do some missions, which usually involve Jo kicking ass in big scale with a cute robot of strange monsters controlled by shining brains and not so fair police force R.A.P.T (and most of anime I though it was R.A.T…)

and I was trying to find what I could add here as a small relaxing comedy breather, but… I just couldn’t find anything that attractive or nice.. and nothing else actually caught my eye anyway so lets just end it here ^.^ For final words, as I read bout this anime in one review, this is nice anime for shutting down your thinking and enjoying nice sexy girls (though drawing has a lot of problems as far as I noticed), some fights and action.. nothing too serious.

op: “Loosey” by THE STRiPES [lyrics]

ed: “Under the Sky” by cloudica [lyrics]