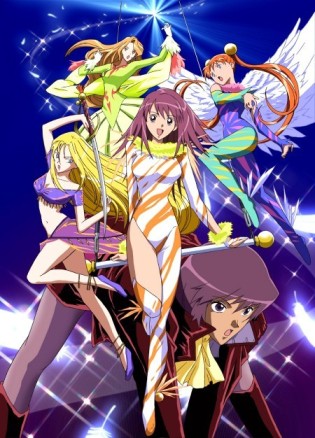 Have you ever had that feeling of awesomeness when you’re at the circus as a child and watching artists on the trapezes swinging from there to there, jumping and catching each other.. and then you dream about it few days more wishing you could do that, but after few that you just forget about it – but Sora (the main girl in this anime) didn’t. She actually came and become one of those artists – she beat herself out and made everything in her limits and beyond to conquer all of her fears to become the best. And trust me – that’s exhausting..

But the spirit of the girl Sora is amazing – she tries her best to get her place on the stage and we know even from the start that she will go far. She is one of these super-duper-hyper-enthusiastic-type-kind of girls who just doesn’t know about giving up and is a friend of everyone. Well never giving up isn’t actually true, because she encounters some downhills she needs to climb back from, but eventually everything goes well.

Why this anime attracts the most I think is its wide range – you are introduced to a lot of circus performances (like not only trapeze, but also trampoline, diabolo, synchronous swimming and a lot of gymnastic stuff), different and unique routines like Angel Act, Mysterious Legendary Maneuver, Golden Phoenix and so on. And Sora beats them one by one with different partners and proves that she is capable of doing them almost every time.. 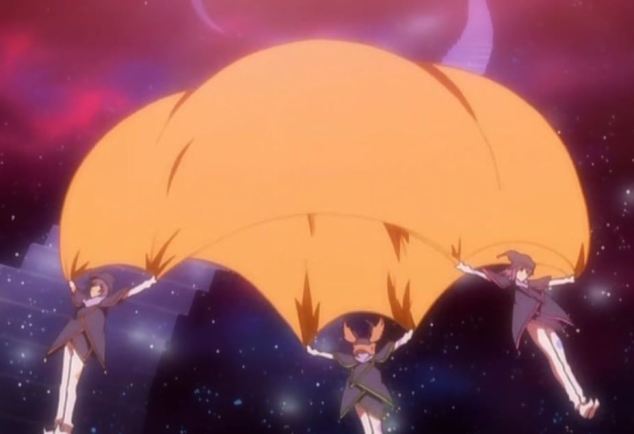 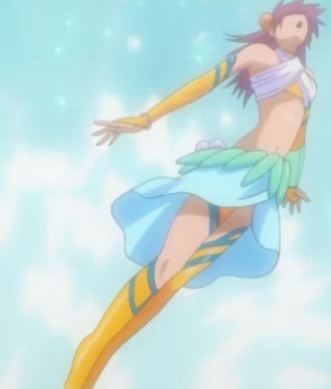 I’m not going to get into plot details, because its kinda long anime and a lot of things happen in it (considering it has a really small amount of filler eps so most of the episodes goes about the main stories). It doesn’t go into personal relationships too much (well maybe more about relationships between parents and children rather than romantic ones) and is more oriented to achieving your goals, not giving up, pushing yourself to the limits and finding your dreams. Beautiful and motivational I would say.. Comedy factor also appears, and sometimes even too much (and not in such a fanny way – maybe for a younger audience it would work, which btw I should mention – it really really REALLY should fit for kids – perv jokes are minimal, spirits, colors and motivation are high as a sky). Characters are developed in some way – the main ones more, others less  – everyone has their own story which usually is told and  becomes a part of the main plot. I love that there are more then 2 male characters (and not too shabby as well) – because gymnastics just screams girls power… Observe: 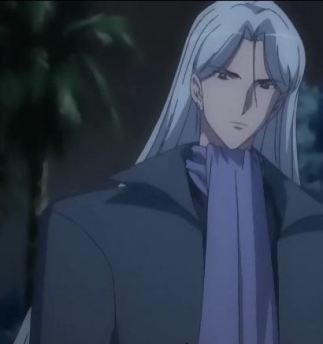 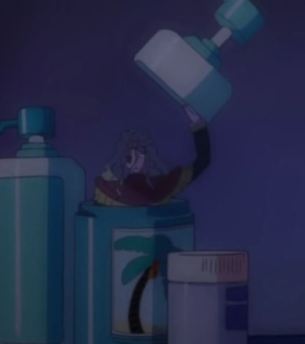 The plot it self might seem a bit shallow at times, because the lessons to be learned are quite simple, but yet it has some sort of sparkle in it, which makes it something nice and .. hmm cute I guess.

So far I wrote so much, but in the end so little – amazing ^.^ I think you just should watch it – because its fun and catchy – also the costumes are crazy. I just loved them.. It breaks the rule of anime that characters wear the same outfit all of the time, like he doesn’t have anything else to wear, or that we wouldn’t recognize him without his orange shirts (gosh Simpsons wear the same outfits for more than 20 years now..). 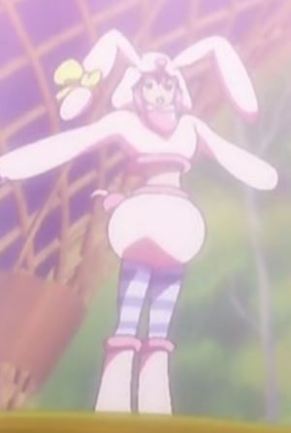 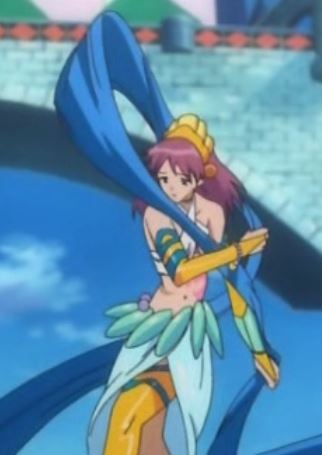 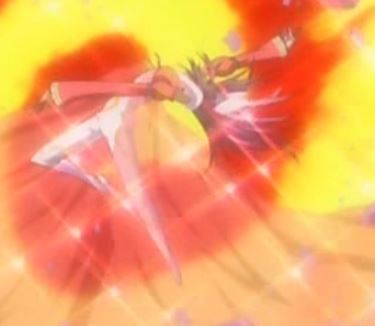 Only one thing that I didn’t actually like – jumping with a rope tied to only one foot (and it didn’t look like much) from huge hills (like a Great Canyon) to the rock and then escaping them… ya like that is how its done.. Don’t be crazy – people actually die doing similar stuff..

I guess that will be all. .. Edit: ok I was wrong.. I just watched the last ep for one more time and its kinda final – no need for improvement..